To view as a slide show, click on the first image.

Charles Livingston grew up fishing brown shrimp from the St. John’s River, back when that was allowed. He got married on a shrimp boat. Shrimp are in Livingston’s blood. 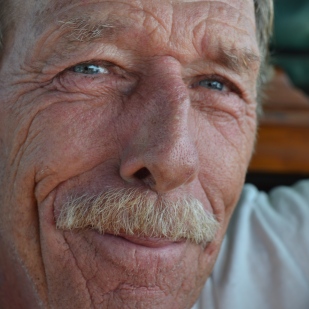 Dave Richardson, 66, always wanted to live on the water. He tried to convince his father to take a sailing trip beyond the east coast, but “he was raising a family,” Richardson said. Although he studied elementary education and has been married, he didn’t have children. “There’d be no boat involved if I have a family,” he said.

Allen Fiske wheels down Salty Sam’s dock to his boat. He’s moored at the marina since he moved to the area in 2012. 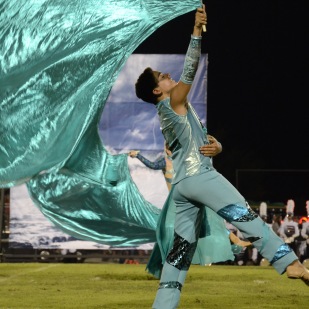 Aiden Kelly with the Braden River color guard performs during half time of his school’s biggest rivalry game of the year against Lakewood Ranch High School.

Mary Lou McFate proudly displays her collection of Daughters of the American Revolution pins, which include the names of her family members who participated in the Revolutionary War. “Patriotism is being sacrificial. For those in the military, for the rest of us general, we are being sacrificial by showing our flag every day or on a holiday to go downtown to see a parade and thank military for their service. It’s doing things for other people. We’re all proud to be Americans,” she said.

Rhys Prettyman, 2, scattered bubbles in the air while waiting for the egg hunt. The hunt was part of Sarasota County’s annual Big Truck Day EGGstravaganza, which allows children the chance to explore the county’s biggest equipment while showing parents what their tax dollars are funding. From fire trucks and police patrol cars to tractors and semis, kids could climb up, honk the horns and blow the sirens to their heart’s content.

Jason McKendree described himself as a lost soul before his journey into ranching. The Bradenton-born 40-year-old is now a successful cattle operations manager for Schroeder-Manatee Ranch, the developer behind the master-planned community of Lakewood Ranch in Florida. “There’s a lot of aggravation being in the cattle industry in the middle of a master-planned community,” he said. “But that’s just progress. To be a part of this community is pretty cool.” 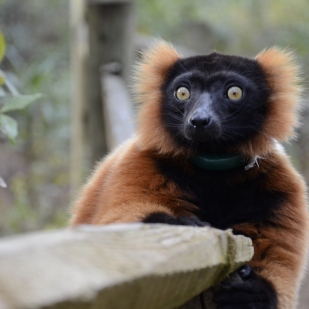 A red tuffed lemur pauses on a boardwalk built especially for his kind at the Lemur Conservation Foundation in Myakka City, Fla. The foundation is home to 51 lemurs and an inexhaustible wealth of knowledge about one of the most endangered mammals on the planet. 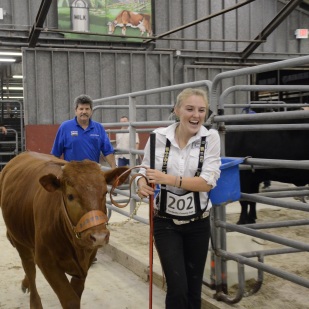 Delanie Bartell, 17, was in tears after winning reserve grand champion in the 4-H beef breeding show. “I wanted to win a belt buckle before I graduate next year,” she said. 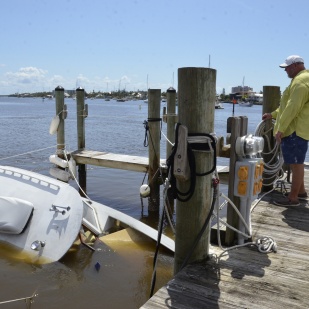 Bob Miller has spent months restoring his live-aboard riverboat, but Hurricane Irma’s power sunk the boat at Bonita Bill’s dock. Miller said there wasn’t a hole in the hull, but the entire interior was a complete loss.

Seth Ritter, 17, welds a component of his current “found” art project. The Lexington high schooler has his own studio in downtown Lexington. A rehabilitated 1850’s era store now holds the bits and pieces he gathers to create his art. 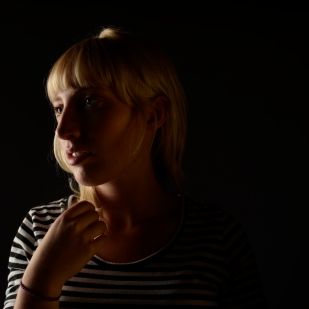 Whitney Hayward studied abroad in Japan for an entire year. She was living in the country when the tsunami struck, and her family had arrived in Japan to visit her. Fortunately, she and her family remained safe.