The Greatest Generation portrait series highlighted 16 residents of Sarasota, Longboat Key and East Bradenton areas who either served in World War II or grew up during that time. Each shared a piece of advice or a memory from that time. The series was published in black and white in Spirit of America 2015, a special section published by Observer Media Group around the Fourth of July. 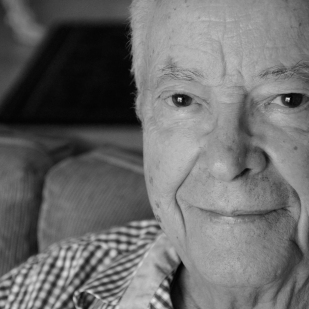 George Hardy. Born 1925, Pennsylvania. Hardy went into service at 18, becoming a B-51 pilot in the Tuskegee Airmen. When the U.S. Air Force became its own branch, it eliminated segregated troops in its division. Hardy served in the Korean War, stationed in Guam, and in the Vietnam War. Now, he travels around the country to speak to elementary and high school students about his experiences. “You can’t just jump up and react. You have to set your goals and don’t let anything distract you from those goals. Education means so much. That’s my key thing—learn how to read, write, do arithmetic.” 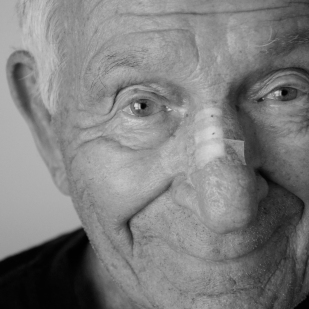 Abner Swartz. Born 1924, Rhode Island. Swartz enlisted in the 10th Mountain Division in the Army during WWII. These soldiers spent two years training in snowy Camp Hill, Co., learning how to survive in the mountains. Then, the troop was sent to Italy to fight Germans in the Alpennine Mountains. In February 1945, the division took Riva Ridge in during a nighttime operation and prevented the Germans from surveying American movement below. They spent three months in the mountains fighting back the lines of German invasions in Italy. “I feel very strongly about America. To young people, I would say, appreciate what we have and try to make it better. There’s no place in the world that can touch America, and try to make things even better than they are.” “Life has been great. Every downer makes you a stronger and better person—make the most of that and remember that what you have here is the best in the world.” Swartz keeps a German Luger from WWII that he took from a captured German colonel. 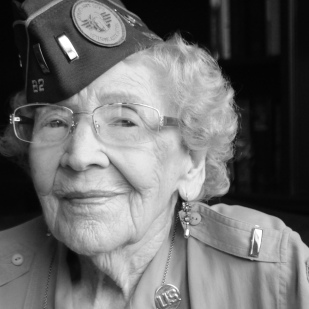 Alma Geraldine Haller. Born 1919, New Mexico. Haller was one of the first waves of women who served during WWII in the Women’s Army Corps, during which she was assigned to a secret mission delegated to the womens corps. She and her comrades lived in underground bunkers in Washington, D.C. and tracked aircraft that entered the D.C. radius. “I always tried to do the very best at what I did. I love to see girls accomplish things. I would tell them, take advantage of every opportunity that is handed to them. So many things slip by you at that age.” 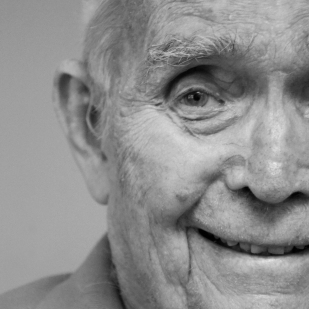 Edward Graham. Born 1929, Alabama. Graham said he wanted to live in the country and own cattle, but when the Korean War began, he changed his mind and decided to be a pilot, since he already had his license. He joined the U.S. Marine Corps and flew an AU Corsair fighter plane. In the Vietnam War, Graham became a squadron commander and flew about 380 missions. He met his wife, Deborah, during the war, where she was stationed as a nurse. They have been married almost 40 years. “The best part of Vietnam was I met my wife over there… my (relationship) advice is you love her as hard as you can and pay attention to what you do with her. Don’t mess around. She’s the best thing… as far as I’m concerned, I’m still on my honeymoon.” 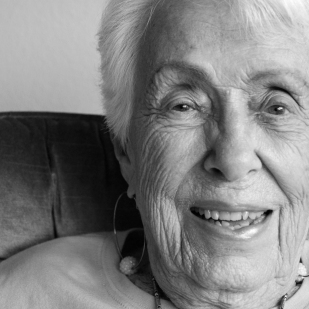 Winifred “Wendy” Hobson. Born 1923, Massachusetts. Hobson was born third of a family of 10 children in the Great Depression. She said she remembers her mother used to cut down mens’ coats to fit her children in the winter, but that they always ate well because her mom raised chickens and vegetables. At 25, Hobson went into the Navy WAVES, which allowed her to go to Pratt Institute in New York City and get a degree in costume design. “Going into the service was the best thing I ever did. It was fabulous. A man told me to marry him at 19—I told him to get lost. Be adventurous. There’s a whole world out there. There are lots of things you can do.” 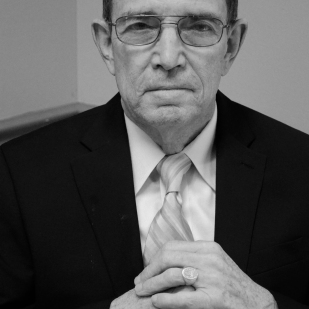 Howard Gardner Crowell, Jr. Born 1932, Massachusetts. Crowell’s father was a naval officer in WWII, and he spent three years growing up on a navel base during the war. He said this experience instilled in him the importance of military service. Crowell joined Army ROTC in college to stay in school, but never planned to make the military his career; however, he spent 34 years in the military and served in the Vietnam War before retiring as a lieutenant general. He serves now as a board member of the Pines of Sarasota and the treasurer of Mote Marine Laboratory. “I was very lucky. A lot of people I served with are not around now. Every Memorial Day, that comes to mind.” 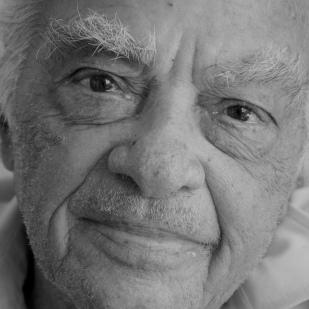 Lee Auslander. Born 1914, New York. Auslander grew up during the Great Depression and remembered that his father lost all of his money when the bank failed, but kept his job. Auslander was drafted into WWII in 1943 and became a radar operator, and also relayed secret codes to officers. During the war, when he moved through Europe, he always kept his camera with him and documented the scenes around him, including the concentration camp in Dachau, Germany. “Men would sell apples on the street corner to get money to eat. Things were really bad. Fortunately my father kept his job. We were considered well-off at 25 cents an hour.” 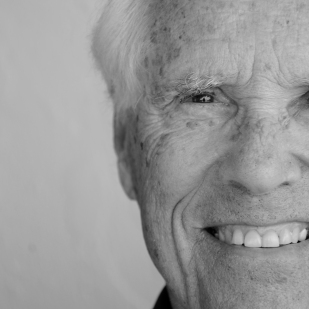 Richard Kanner. Born 1923, Michigan. Kanner’s grandparents immigrated to the United States and worked their way up until they owned the biggest furniture store in Dayton, Ohio. They lost everything in the Great Depression. He lived with them and his mother, who was deaf and suffered from Parkinson’s disease, in a one-bedroom apartment. He started working after school when he was 10. At one point, he would wait outside A&P and offer to carry people’s groceries home. He moved up from stock boy to cashier, continuing with A&P until he became a bookkeeper. He also joined the Army Air Corps and became a radar navigator in WWII to get out of Ohio. “It was a bad time, but I didn’t feel badly that I was that poor and had to work. I never felt poor because my friends were all poor. The life we had, you learned how to work hard and value education.” 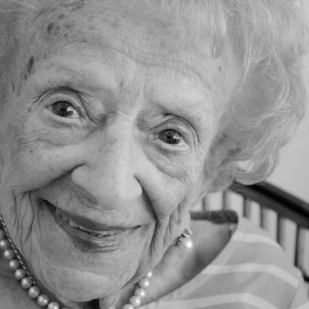 Florence Katz. Born 1915, Ohio. Katz’s family was the only Jewish family in the small town on Coshocton, Ohio. Her parents had immigrated to the U.S. from Russia and Latvia—her father, as a stowaway. Although she grew up during the Great Depression, she said her parents always found enough money for her and her two sisters’ music lessons and books. The “Weisblat Sisters” traveled the state playing violin, piano and flute and earned $15 per performance when Katz was a nine-year-old girl. “You have to keep busy. You have to have a goal. It keeps your mind and body going, or else you’re going to rust.” 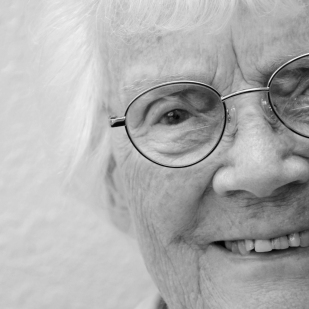 Marie Brandstatter. Born 1917, Massachusetts. Brandstatter’s family of five children and parents lived on a farm, raising chickens, a cow and a garden. When the Great Depression was in full swing, her family had $500 in the bank—and it didn’t last long, she said. She remembers one time that their cupboard had only potatoes and salt in it, before her father got a WPA job. Brandstatter is a breast cancer survivor. “Life— every day is a gift. The attitude of gratitude is something I’d like to pass on to younger people. When I wake up every day, I think God and ask him to make me a blessing to someone today.” 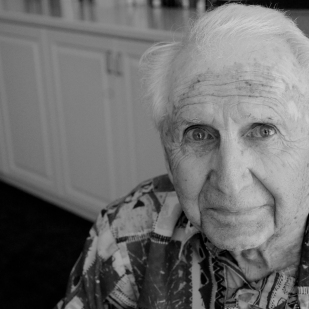 John DeForge. Born 1923, Canada. DeForge signed up for the Army Air Corps when he was 18 to serve in WWII, and became a B47 Thunderbolt pilot. He served again in the Korean War and was stationed in Japan after, with the U.S. Army map service. He has traveled to every continent and the Arctic. “Traveling is a broadening experience. Meeting the many people that you do and the different cultures that you come in contact with—you learn a bit from each one and improve your own life.” 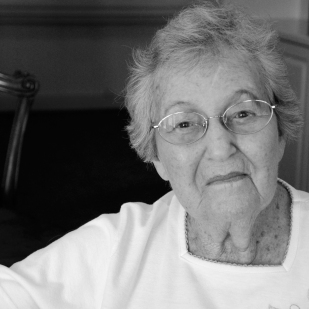 Lorraine McNeal. Born 1926, West Virginia. McNeal grew up inside her parents’ general store in Buffalo, West Virginia. While she lived through the Great Depression, she remembers being shielded from it. She married her husband, Gilbert, and moved to East County in 1965. Gilbert W. McNeal Elementary School is named for him. “Always plan on education. I didn’t finish college. My kids never thought about not going to college.” 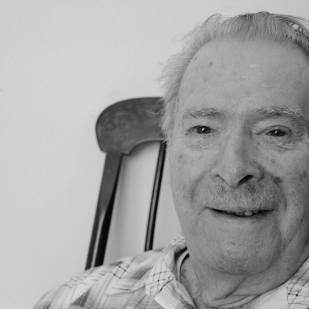 Robert Flint. Born 1924, New York. Flint was drafted into WWII in the Navy, but somehow, he said, he always ended up working in the kitchens—he was in the mess hall during training and several stateside posts. When his unit finally shipped out of the U.S. to the Philippines, he was once again working in the kitchens to help feed his comrades. When he finished his service, he got a degree in art from the University of Illinois. “When we were finally ready to go to war, my mom said to them, if you can’t find anything better for him to than be in the kitchen, send him home!” “It’s a long grind from kindergarten through high school. If you go into the service, they’ll teach you and you can go to school. You can learn a trade.” 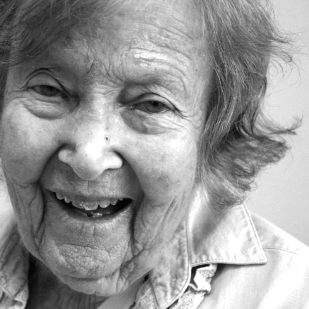 Virginia Sanders. Born 1922, Pennsylvania. Sanders’s mother and grandparents came to the U.S. as Russian refugees. Her grandparents opened a dry goods store, which supported the family when the Great Depression closed Sander’s father’s automobile accessory store. During WWII, Sanders taught mathematics in night school, when people were trying to gain more education to be more useful in the war. In 1977, she married her second husband, moved to Longboat Key, and proceeded to volunteer for Mote Marine Laboratory for more than 30 years. “Listen to other people first. Learn to listen, and give people a chance to say where they are coming from and pitch in to help.” 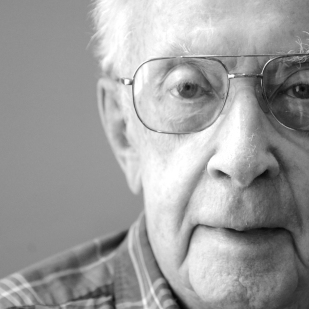 Norman Brew. Born 1922, Vermont. Brew served as a radio control operator in WWII, and was stationed in various locations throughout Europe. When he returned, he used the GI bill to go to Syracuse College in New York and studied aerial photography, which he turned into a life-long career. “It was such a strange life—so much happened that I didn’t get to vote on, it just fell into place. Going to college seemed to be essential. I tried to learn what I could do.”